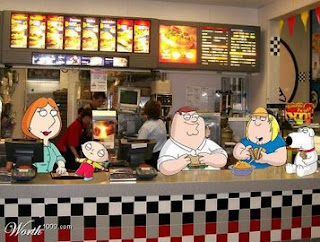 So far this year I’ve been off work now for about six months and slept in the van much of the time.  After moving out of the trailer, living has been cheap and low stress.   Then again, I’ve only worked four full days during that period.  Though I am financially secure enough, it’s a good idea to work and make the money reserves last longer. The challenge is to find a job that won’t kill the body and is reasonably fun.

While doing things I enjoy, it has been possible to earn some cash and barter for some free food.  Here are a few ideas that have worked and a couple that were total disasters… Hopefully some of these thoughts will be helpful or entertaining.  I’d like to hear what works for others.

Translating…  I translate Spanish for a friend who owns a restaurant.  Having had a few years of retail supervision experience, I’m familiar with a lot of aspects of running a business.  I translate tax documents, insurance papers, help with writing checks, etc. as well as a spectrum of other tasks.  One of the cooks had a pile of drunk driving papers that needed to be completed.  Another worker needed to understand the letters his son’s pediatrician sent.  As a result of building a strong friendship and having helped a lot, I’ve eaten well over two hundred free meals at that restaurant in the last four years.  Sometimes they pay a little cash.  On top of that, the employees often invite me for special private meals which are authentic and unlike anything you see in the states.

Fixing cars…  I occasionally fix cars for friends and family.  For family it’s free.  For friends, I ask for a donation.  In every case, I’ve been given MORE than I would have tried to ask for.  The trick is to not do repair work for tightwads.   It seems like there are plenty of those friends in this world.  There is a hefty set of tools in the Trekker Van and I can slap on brakes, belts, alternators, etc. easily.  It comes in handy.  In the winter, a push or a jumpstart can get you a few bucks.  I used to change tires for beer money at the gas station with a big floor jack that always went with me.
Copying home movies…  Once again, my Mexican buddies have helped me out.  One of them recently had a son and has been making home movies.  I take the SD card, plug it into a reader, and load the movies into the netbook.  Then I go into the van and using Nero, burn off a couple of DVD movies.  I bring them back a few hours later or the next day.  Why do it in the van?  I don’t want people to know how easy it is!  I usually get ten dollars for making two DVDs – total cost is less than fifty cents.

Bootlegging movies… Okay, I hate to recommend this but it is doable.  I would urge against bootlegging big name movies.  The big name movies have robust copy protection and should you get caught, big fines.  As a van dweller, you might get by with it.  About five or six years ago I used to record adult movies from cable TV.   No copy protection.  Woo hoo!  Then I would go to a couple of restaurants and trade the copies for food or money.  If you know your “customers” and they don’t know your real name, it helps.  🙂

Volunteering in a food pantry… For two and a half years, I worked at the local food pantry.  Many of the items stocked were perfect for vandwellers and included things like granola bars, snack crackers, and government commodities like dried cherries.  Trust me – as a volunteer, it was easy to get “first dibs” on the good stuff.  🙂  Now that I moved, I’m thinking about volunteering again.

Temp Agencies… A few years ago, I used to temp a bit here and there for short-term extra jobs.  You could make a little extra spending money.  While it is possible to still do this, I’ve observed in recent days that the quality of temp jobs has taken a dive.  It’s logical – with the economy shaky, most of the good jobs are gobbled up.  All I’ve seen in recent days is the worst of the worst jobs that nobody wants. Tonight I was called for a job “taking phone calls and answering customer questions.”  I took the bait.  It turned out that the temp agency outright lied.  When I got to the telemarketing company, the position was making outbound political calls timed to hit east, midwest, mountain, and pacific time zones right during the dinner hour.  I quit after 14 minutes.  It’s nice to be able to afford to do that.  🙂

Fast Food… I’ve worked my share of fast food jobs over the years.  Making pizzas at a smaller pizza shop can be a decent, low stress job.  Don’t choose a buffet pizza restaurant – too many dishes and you might get stuck washing hundreds of plates at warp speed.  Many of the larger fast food burger joints, fish shops, chicken shops, etc. have become real hell holes to work in.  I worked at a KFC for one shift last week and walked out.  My buddy told me recently he only lasted two days at KFC.  Avoid working at fast food, particularly the large corporation ones, if you can.

Cashiering…  I did a lot of register transactions on my last job.  It was fun for the most part so I just accepted a cashier’s job at K-Mart for about 20 hours per week.  It’s a few bucks in the gas tank and it looks like it will be more hours once I get started.  Again, the pay is anemic and you have to put up with some asshole customers.  With a little luck a person can get out to the sales floor.  The nice thing is you can always work at your own pace – even if there are six people in line.  If your criminal record is clean and you have experience, you can get a cashier’s job easily.

Please let me know your thoughts or reactions to what I posted.  It’s gotten a little harder to find a decent low-paying part time job but it’s still doable.  Just be advised that some of the fast food jobs that were so-so have really gotten bad in the last few years.  Don’t take anything you know you are going to hate.  It’s not worth it.   Have fun!