Quick Goualsh Recipe – A Favorite that Goes Well on the Road 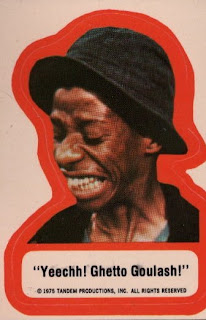 My sister asked me to email her this recipe.  Frankly, I’m a little embarrassed because usually I like to cook something more elaborate.  There is no claim to originality but this is just slop that I started making when hungry some years ago.  Hopefully it will be of interest to others.

Dad’s Goulash doesn’t have Velveeta and is not as spicy.  Mine will give you bad breath and worse tomorrow.  It’s great during cold weather and you can cook it anywhere…. The nice thing is that it is tasty in about any configuration but you can adjust the carbs, spices, etc. and make it exactly as you like!

The first time I made this and had cussed because it tasted like Hamburger Helper but what the heck… It’s all good.  It grows on you.

1 lb of ground beef
2 cans diced tomatoes with Italian spices – USE THE JUICE
1/2 onion (or put a couple tablespoons of deydrated onion in when cooking)
Dry macaroni….As much as you like but I only use 1 cup of the carb friendly stuff (diabetic)
2/3C or more of Velveeta (I use light but either works)… More if you use a lot of pasta
Paprika to taste (I use a LOT and like about 4T or more)
Salt and Pepper to taste
Hot sauce if you are daring

Over low heat, brown the ground beef and season with a little salt and pepper.  If using fresh onion, toss it in with the ground beef.  Otherwise, once the meat is browned, add the dry onion (if using), along with the 2 cans of diced tomatoes (including juice!).  Add the macaroni.  As the mixture heats up, add small amounts of water to keep it from drying out as the macaroni absorbs the tomato juice.  Season with some paprika.  Simmer on low heat and stir until the macaroni is al dente.  Add as much Velveeta as you like in small pieces allowing it to melt and mix in.  Keep adding paprika until you get the taste you desire and nobody else wants to eat your mixture… (More for you that way).

This stuff keeps a while under refrigeration and freezes nicely.  I like it because it helps during the periods when the budget is stretched.

I’m going to cook this in a skillet while camping on Sunday.  I’ll upload a photo from the park!