A Pot of Stew, A Boomerang, and Three Sizzling 7s

It’s been another fun day in the Trekker Van.  Every day is enjoyable – it’s like a vacation, even if just sitting in Dad’s driveway.  Why is it so pleasant?  The cargo van itself is a hobby, a never ending project.  It is fun to drive and takes you from adventure to adventure.  The best part is that wherever you go, you are home!  None of this is news to us but people who don’t camp just don’t understand what joy they are missing! 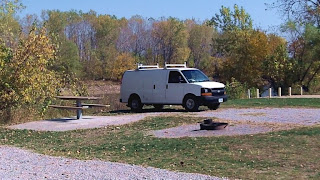 A week or so ago I discovered a small campground near the tiny town of Hills, Iowa.  This little county park charges only $10 a night for a space with electricity.  Located ten minutes from the Riverside Casino, it’s a quiet and safe location to crash for the night.  Here are some pictures I took of the Iowa River and campground.

The Iowa River… A peaceful friend in the fall and a dangerous enemy each spring. 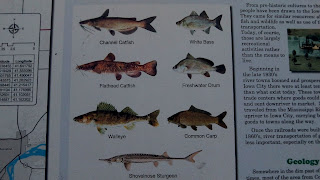 Tonight’s meal was a quicky stew I slopped together.  There was no recipe.  I usually just cook and season till it tastes okay…

It looks like hog slop but after it cooked down and I added some beef gravy packets, it took on a better color…Here is the final result.  It tasted awesome!  The next stew will be with more veggies and less meat.

1.5 pounds of diced strip steak
1 can cream of mushroom soup
2 bunches of chopped up green onions
1 red bell pepper
2 fresh jalapenos (only for those who really like the hot stuff)
1 can of drained stewed tomatoes
1 can of southwest corn (with black beans)
A handful of baby carrots
A handful of size B new potatoes
A handful of brussels sprouts

I browned the meat with shortening used to coat the dutch oven.  Then I threw in all the veggies and a small amount of water (maybe a cup?).  Once the stew was simmering for an hour or so, I added the cream of mushroom soup and mixed in a couple packets of beef gravy mix along with conservative additions of water.  On top of the whole thing, four big globs of biscuit dough were added and allowed to cook.  I had used a packet of Bisquick complete (you only have to mix in water).  Once the biscuits were done, it was time to eat dinner.  It hit the spot!  The rest was refrigerated.

Later I decided to go get a Diet Coke at the local convenience store.  On the way over, a sign that said “Riverside, 6 miles” was beckoning.  The van practically knows the way to the casino.  They do offer free soda (yeah, it can be damned expensive if you lose!)  But it seemed like a short diversion would be fun.  The trip over there was scary.  What was going to be a routine visit to the slot machines nearly ended in disaster.

Just south of Hills, Iowa, I heard a terrible clanging noise and looked out the side mirror in time to see the boomerang-style TV antenna fly off the van like a toy airplane on a string.  It detached and nearly hit a car behind me.  The coaxial cable had allowed the aerial to swing around until it disconnected from the coax and landed by the side of the road. Once retrieved, the antenna worked perfectly though it’s got a few battle scars now.

Let me back up just a bit.  For driving and stealth camping I usually keep the TV antenna inside.  It sticks to the inside of the side door with a magnetic base and is set up with quick push-on connectors.  When it is in use, the antenna and its magnetic mount sit on the roof rack.  I had originally intended to drive 25 MPH to the gas station for a coke.  When I decided to go to the casino, the antenna stayed on the roof till I hit 55 MPH and then flew off. Lesson learned – the antenna comes down before driving.  It was lucky that no harm was done to anyone or anything.

Luck was the operative word… When the antenna fell off it scared the shit out of me.  I wondered if my deceased Mom was telling me to get the hell away from the casino.  She never liked those places.
Despite the near catastrophe, I did go.  The luck improved.  I played the 25 cent progressive slots and hit the max prize – three blazing 7s.  The jackpot was $256 bucks.  Plus and minus, I got out of there about $220 ahead.  That paid for this camping trip and perhaps another one next week.  Not a bad cash haul for twenty minutes of “work”…

Working in the traditional sense will come soon enough.  For now the weather is unusally warm in Iowa.  The days are warm and evenings are mild.  It’s the finest September and October weather I can remember in 45 years of living here.  Work can wait for now.