A Van Compatible Reward for the First Weight Loss Milestone 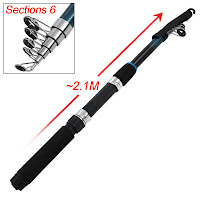 Here is the reward for quickly reaching the first weight loss milestone.  Seventeen pounds are gone since December 30th and the progress is steady.

It’s been easy so far in terms of food choices.  I carefully watch the caloric and fat intake, vary the number of calories per day (to keep the body off guard), and walk at different times and paces.  The worst day since starting I was still running an 800+ calorie deficit.  By eating a little bit all day long the hunger is at a minimum and the body can keep up with processing the sugars.

I did this kind of weight loss once before in the late 1980s without the fancy foods, nutrition labels, Internet and computers to help manage things.  It was possible to drop sixty pounds and then run nine marathons over a four year period.  I sure felt good back then! This is me back in 1991 at 170lbs, finishing up a marathon.   Oh to be in that shape again.  Well, I have to make do with the current hand of cards.

There is one factor that is helping a lot.  My sister’s $10/ pound challenge has unleashed a ton of will power.  Yesterday an employee offered me a sample of various chocolates at the Harry And David outlet store.  I politely declined.  She pressed me to try just a little.  I told her about the challenge and we laughed.  There’s no doubt that Harry and David’s has the really good sh** and I was extremely tempted…  Instead, I paid a ridiculous amount for one premium quality pear from their store.  It was heavenly.  An hour later, it was followed with a 346 calorie Maid-rite sandwich (an Iowa favorite!)… What is sacrificed in quantity is made up for in quality!  The financial incentive to lose weight is a definite plus!

Sorry… I wandered off topic again… The plan WAS to buy a new movie to celebrate the weight loss.  Instead, I decided on this little collapsible fly rod advertised on the Internet for $11.61 including shipping.  (It’s coming from Hong Kong).  Since shipping is included in that meager price, you know that it’s not a high dollar pole.  Once again, I’ve succumbed to the temptation to buy cheap Chinese crap.  Just in case, I picked up a second one at the same price should one of them break.  I’m hoping to get a couple of seasons out of it for light action stuff (small trout).  A tiny reel is the next planned purchase but it will be a little better quality. 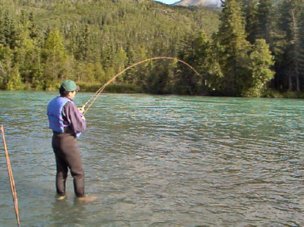 Where I live, most of our trout are stocked in narrow, spring-fed creeks surrounded by lots of trees and weeds – NOT like what you see here.  The graceful, twelve-foot fly rod and the whipping back and forth of the lure is not a common sight.

I have to confess to laughing at a few of the nerdy Iowa guys snagging their tackle in the trees just after the movie “A River Runs Through It” back in 1992.  Everyone was a trout fisherman then and I think there was a run on those long fly rods.  They all wanted to be like Brad Pitt and Tom Skerritt.

Brad Pitt and I are about the same age (he’s two years older). Back then we were both athletic, had tight abs, and not too bad looking. He doesn’t look too much worse for the wear but where the hell did I go wrong?   *smile*  Oh well… back to the fishing discussion.
I prefer a shorter fly rod and a light action spinning reel works better where there are lots of “tree bass” (snags) overhead.  Rather than a fly, I use a #20 treble hook and salmon eggs, worms, and Berkley power bait.
In all the years of fishing, I don’t recall ever using a telescopic rod before but seem to remember some negative discussions from a friend who had one twenty or so years ago.  Nonetheless, this rod will collapse down to 17″ inches and it will fit in a bunch of places in the van.  Hopefully it will work out because that and a couple of kinds of shelf stable bait (unopened salmon eggs and Berkley powerbait)  will keep the van ready to trout fish at any time!

In the meantime, the next weight loss goal is 25 pounds and it is definitely within sight.   That milestone will net me a couple of magnetic decoy signs for the doors of the van… I’m designing them now and have several ideas for what to put on them.

Have fun and take care.  Thanks for reading!