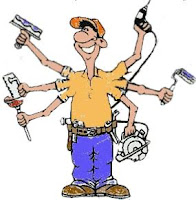 That many arms would have come in handy when raising the ceiling in the van!
Well, it’s back in the saddle again.  I decided once again to try working.  Now that twenty pounds has been lost, the swelling in the feet has gotten better.  I’ve got all kinds of energy and stamina, not to mention a contagiously happy outlook on life.

“I can do zat!” — Pavel Chekov, Star Trek XI (2009)
A few weeks ago I heard that Home Depot was going to be hiring.  We have one near Dad’s house as well as a couple other home improvement stores.  I’ve always liked this store as well as the competitor, Menards  (where most of the money was spent to build out the van).  I applied at both places.  Menards interviewed me and never called back.  It’s their loss.  The Home Depot called right away and hired me (Evidently they never read the blog and still think I’m normal).  I’m excited to be starting there.  The new hires’ orientation was yesterday (Saturday).  Training starts on Monday.
It might be tough working at The Home Depot (yes, “the” is part of their name) because it’s easy to get distracted.  Out of the whole orientation class, I was the only one who was nearly late getting back from break.   I got excited looking at pieces of 1″ and 1+ 1/4″ PVC pipes because a van project came to mind.  It made me forget why I was actually there and it was necessary to stride back to the classroom as fast as possible.  It was fun though.. kind of like being a kid in a candy store.
The Home Depot took a fresh approach.  I asked for part time hours (30 or so) and explained I need to work back into being on my feet.  They honored that request.  Awesome!  Most other places tell you it’s their needs or the highway.
It will be nice to have some dollars coming in.  I don’t have a lot of expenses staying in the van so some money can get saved.  Even better, I stand to receive a healthy federal tax refund by not working much in 2012.  It will buy a new generator with plenty to spare for working on a solar array. 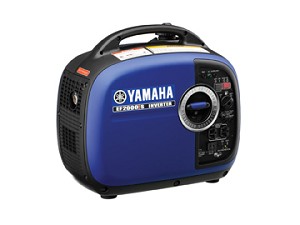 Though I like campgrounds, the idea is to stealth camp or camp in free areas as much as possible.  We have many public use lands around here and they are good for sleeping but have no electricity.  Until now, I tended to rely on Dad’s location or a campground with electricity to supplement the large battery bank in the van.   I’ve never pushed the AGM batteries below about half charge and likely not even that far.

For those times when away from home for more than a day, the idea is to purchase and carry a good quality generator to top off the batteries in addition to running high current appliances:  toaster oven, heather, air conditioner, microwave, etc.  There are some good machines out there.  For sound level, reliability, fuel economy, and user reviews, the Honda and Yamaha models were highly rated.  I’ve almost settled on the Yamaha model but might still get a Honda.

If the weight loss keeps up at the pace of two or three pounds per week, the money earned from the weight loss challenge from my sister will cover most of the cost of the generator.  Woo hoo!  Why not get a good one?

Between the new job, the plans to purchase an inverter generator, and other [hairbrained] ideas to enhance the van, 2012 will be another exciting year.  Hopefully there will more (and shorter) posts with lots of pictures and stupid cartoons.