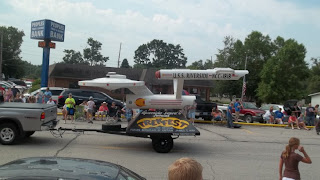 A number of times during the history of this blog, I have referred to Riverside, Iowa.  Just a quick recap…  In the movie Star Trek IV, Captain James T. Kirk (played by William Shatner) was asked if he was from outer space.  He replied “No, I am from Iowa.  I only work in outer space.”

The city of Riverside, Iowa claimed the distinction of being the future birthplace of Captain Kirk and the Star Trek creator, Gene Roddenberry, gave his nod of approval.  History was born.  The last weekend of June is now the Star Trek “Trekfest”, a celebration of all things Star Trek though mainly only the original series and Next Generation are represented.  There are many different events including costume contests, games and contests for pet owners, places to buy and sell memorabilia, and, of course, a cool parade.

Rather than add a lot of rambling verbage, I plan to post each picture with a brief caption.  The next post (Sunday or Monday) will detail some really cool places visited during this weekend trip including a “must visit” swinging bridge…  Stay tuned.  In the meantime, here are the Trekfest 2012 pictures.

One side note:  I had contemplated sprucing up the Trekker Van and entering it into the parade.  I might do that next year but in the interest of not crapping in my own nest, it was not desirable to draw attention to it as a stealth camper.  Perhaps an idea will come to mind for next year. 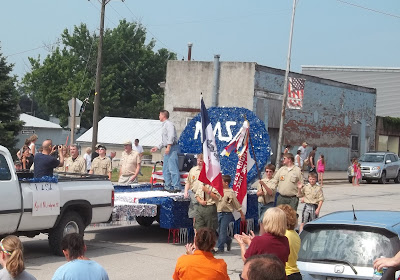 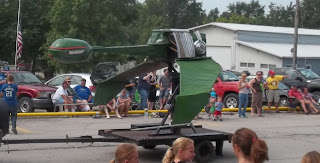 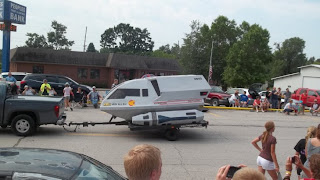 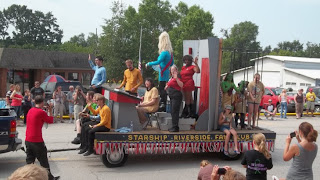 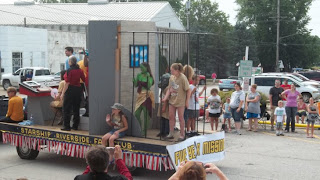 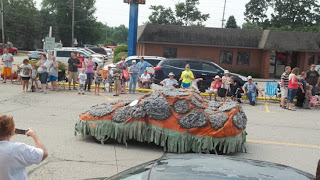 A “horta”  (native to planet Janus VI in episode “The Devil in the Dark”).  The horta is a peaceful creature living far underground.  It burrows through solid rock by secreting powerful acids.  A silicon based (as opposed to carbon based) lifeform, the horta is somewhat resistant but can be damaged by phaser fire.  After being injured in the episode, the original horta was cured by a cement bandage from Dr. McCoy.

Above is a better picture of a “horta”… 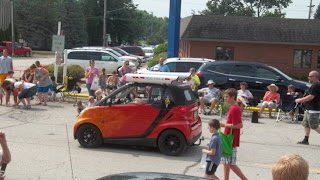 The future of cars! 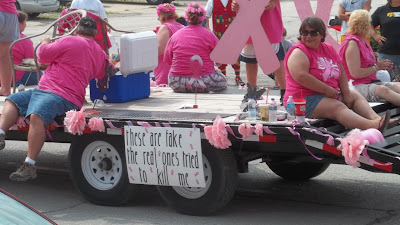 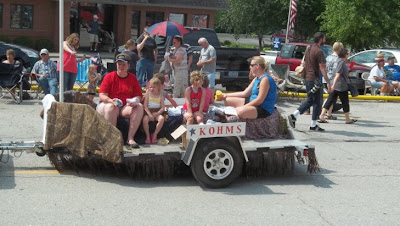 The Kohms Party (from the Trek episode ‘The Omega Glory’)…
There were two political factions on planet Omega IV,…..   The Kohms and the Yangs.
The Kohms were analogous to the Communists and the Yangs were similar to Yankees.  The theme of this year’s Trek Fest was “The Omega Glory”… 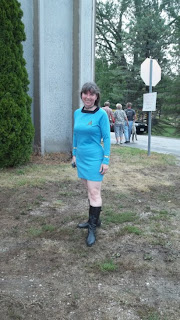 One of the sweetest girls you will ever meet – 300 years from now!
For souveniers, I bought a hat that says “Trekfest Riverside – Where The Trek Begins”… as well as a keychain, some bumper stickers and a magnet for the van door.

So there you have it…. Of course, there were other things to see in the parade including the Shriners doing tricks with mini motorcycles and silly cars.  Local fire trucks with loud sirens and lots of candy being thrown to the kids added to the excitement. We got to see the local “pork queen” but she was not the least bit “porky”…  Being an agricultural area, there were also numerous tractors in the parade, too.

On the way out, I listened to a couple of CDs purchased from “Five Year Mission”, a band that writes and produces songs about each of the original Star Trek episodes.  Check them out at http://fiveyearmission.net/
It is fun music!
Take care and thanks for visiting!    Live long and prosper!
V.T. 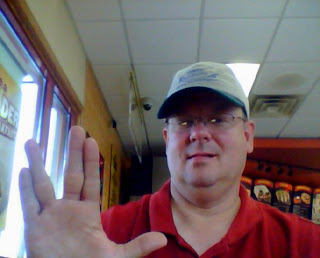