Tires Are Not the Only Spares You Need for Camping

Oh, what a day!  What was going to be an enjoyable trip turned out to be a migraine inducing mess, all because of a little stubbornness and carelessness on my part.  Those who read this blog know that I occasionally poke a little fun at some boneheaded decisions in the hopes that others will learn from or at least commiserate with the silliness and not repeat the same mistakes. 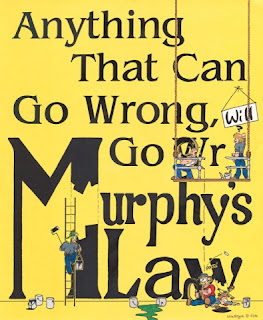 The chain of crazy events started this morning after a midnight workout at the local Anytime Fitness.  Upon returning, I realized that a lens was missing from the only remaining pair of eyeglasses.  I figured it was no big deal and the trip north should not be delayed even though my driver’s license says I must wear corrective lenses.

The Walmart in Decorah, Iowa has a vision center in the store and that was the intended camping destination anyway.  After leaving Cedar Rapids I called them and got a recording.  Not to worry – I would simply make an appointment along the way.  That turned out to be a HUGE mistake.

The drive to Decorah was uneventful other than a headache from the vision situation.  On the way there, call after call had been made to the vision center only to find them closed.  The Customer Service desk at the Decorah Walmart was unsure why the optical outlet was not open on time.  I figured when they did answer the phone it should not be a problem getting things in order.  One could even take care of it in person.  What a miscalculation!  What was I thinking?

To my chagrin, I was told that this Walmart does not make any eye glasses.  They simply order them and when the spectacles arrive in one to two weeks, they call a person to come in.  Talk about a sinking feeling!  The girl (maybe the one who was late to work?) on the phone was a real b*%^$…  oops, I mean unfriendly, sarcastic, hateful, witch.  She advised that if I wanted glasses TODAY, then I had better make arrangements in either Rochester, Minnesota (70 miles away) or in La Crosse, Wisconsin (65 miles to the northeast).

You can do the arithmetic…  130 miles driving to and from La Crosse means close to ten gallons of gas… Oh well… What do you do?  Once you commit to a stupid course of action, it’s often too late to worry about what you should have done – you just got to bite the bullet and roll with it. 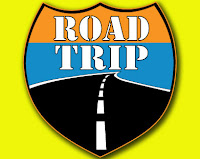 Being an adventurous fool, I decided to go to La Crosse, Wisconsin.  Of course, that meant driving in a total of three states missing one lens in the glasses’ frame.  Luckily, even though I met several law enforcement officers, they were none the wiser.  I was just praying not to get pulled over!  (One could have taken the glasses off and rubbed the eyes, concealing the missing lens while letting the cop see the frames, I suppose!)

Determined to get some new eye ware, I headed north on Highway 52 which leads into Minnesota.  Several miles north of town on this road was a sign indicating the Laura Ingalls Wilder museum was up ahead.  I stopped and checked it out for a minute, deciding to investigate further tomorrow.  Tomorrow night there should be a post about the museum.  It’s a “must see” when in this area.

After crossing the Minnesota state line, I encountered a LOT of road construction on Highway 44.  Adding insult to injury, a number of cars were held back by some elderly people towing an old silver camping trailer at “impulse power”  (just above an idle it seemed).  Secretly, I was relieved…  It is no fun driving through a lengthy construction zone with compromised vision!
It was a smooth and scenic drive into Wisconsin.  There will have to be pictures taken on the way back to illustrate the beautiful bluffs near the Mississippi River as well as some other cool things I saw on the way up here.  Please look for them to be posted in a day or two.

Within a minute of the eye appointment, I arrived at the vision clinic in La Crosse’s Valley View shopping mall.  Unfortunately, the doctor suddenly went to lunch early and I had to wait over an hour for another appointment!  Nothing was going right…  No problem; it was a nice break to go mall walking for a half hour and eat a healthy bite in the van.

The doctor came back and started examining my eyes.  As soon as she discovered that I wear bi-focals she said “We can’t get you bifocals in a day.”  I should have brought some Depends adult diapers because I just about pi**ed my pants…  The look of dismay (and perhaps some minor irritation) was apparent.  The eye doctor added that she could examine me and the other vision store in the mall could make the glasses.  That was a bit of good news… or so I thought.  Murphy was about to cause even more chaos.
Across the mall was Dr. Barnes’  Eyemart Express.  I found a great pair of glasses with a “two-fer” price that was reasonable….no, let’s just say it was “not unreasonable”….  Two pairs of glasses means a backup pair could be kept in the van at all times.  That would be really handy.  Vandwellers know the importance of redundancy. 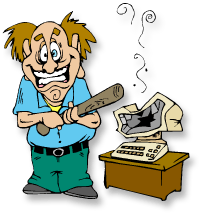 Unfortunately, there was more bad news…  While ordering the two pairs, a young man burst in from the lab and advised that the computers controlling the grinding equipment had crashed.  Nobody knew why or how long it would take until the equipment would be operational again.  Now I wanted to cry or at least do a #2 in the Depends undergarments referenced in the last paragraph.

Thankfully, one really kind employee (a sweet middle aged redheaded lady named Karen) offered to text me when the glasses would be ready and she was certain it would be by 5:00 or so.  Her tone was so reassuring!  I couldn’t help but be amused at this snotty blonde lady who was RANTING because her glasses were fifteen minutes overdue.  I would have loved to had her problem!
The next stop was Rocky Rococco’s Pizza, an old favorite.  After an early evening pizza slice and salad bar meal (which had a positive mood effect), the phone registered a text message.  The glasses were ready.  I wanted to thank Jesus, Santa Claus, the Easter Bunny, and whoever else one could think of!  By this time the imbalance caused by the lack of glasses had made me nauseous and the head was pounding.  Relief was on the way.
﻿﻿﻿﻿﻿﻿There were no more surprises.  The glasses looked great and fit perfectly.  Fatigued, I hung out in various parking lots until well after dark.  Then it was off to Anytime Fitness for a spectacular workout, a nice hot shower, and a cozy night of camping next to the gym.
﻿﻿﻿﻿
﻿﻿﻿﻿

Tomorrow is a new day and a new adventure but I hope it’s not as frustrating as today was.

The moral of the story is to keep a second pair of eyeglasses on hand.  It can cost you a lot of time, money, and aggravation if you don’t.  Oh well, no harm was done.

It still makes me wonder… What in the heck do people in Decorah do if they need glasses in a hurry?  I guess they must cut the bottoms out  of Coke bottles.

Have a good one.   Looks like a great time to call it a night.  Tomorrow should go a whole lot better.  No adult diapers will be needed, hopefully…
As always, thanks for stopping by.  Happy camping!
V.T.  ﻿﻿