Tis The Season for Seasonal Working 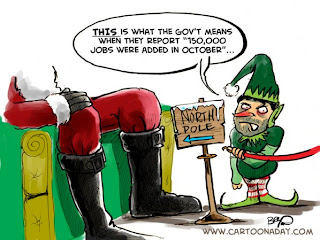 ‘Tis the season for holiday jobs…  With a little trepidation, I decided to try one – a deli job at a big box retailer.  The last few work attempts were feeble at best.  The feet and hips gave so much trouble that working had to be curtailed for a while.  That’s hard on the pocketbook as well as the self-esteem.

So far the new job is working out slightly better than I’d hoped.  Compared to other entry level positions, the workload is about what I expected (take that how you will!) and the pay is better than the golden arches burger joint down the street.  The higher rate of pay might be because we operate the “whirling blades of death” a.k.a. meat slicers.  (They are quite safe if you use common sense.)  Circular saws (like the “Skilsaw”) can be far more dangerous!

It’s a laid back environment.  The peers are friendly and enjoy helping each other.   It’s actually been somewhat fun working… despite the physical discomfort from long hours on your feet. 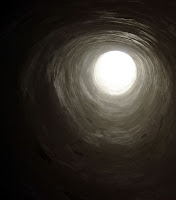 Working at the big box place has been less stressful – at least mentally.  The end date is slated for the final week of December, 2012.  There is a small chance of being offered permanent employment though I am not even sure if this job is a “keeper.”   In any case, it makes a difference when a person does not have that 24 x 7 worry about what to do if let go. You go to work each day knowing that there is light at the end of the tunnel.  The worst that can happen is you might see daylight sooner!

On the downside, I see an awful lot of young people working at two or more employers.  Some of them co-miserate at the break table about the exhaustion from putting in so many hours and getting nowhere!  Many are in their early twenties.  In my twenties (the waning days of the Reagan era), I had a well paying job at a defense contractor (thank you, Cold War!) with no medical costs.  You just worked forty hours and went to the doctor when you needed to.  How things have changed… and not for the better!  Many of the older co-workers have Bachelor’s degrees and, like me, some of them in technology fields!

I’m sure some readers are curious about how the “living in a van” thing fits with temporary work.   So far so good.  Temping makes vandwelling easier but the subject of vandwelling doesn’t make things easier at most employers.  From previous mistakes, I learned not to discuss the topic in the workplace and simply give vague answers to questions about where I live.

It is good to practice how you will respond to any such queries.  Most people will not probe any further.  I just tell them “I stay at my Dad’s and help him.”  That’s all they need to know!  I haven’t slept a night in his house since… heck, I can’t even remember!

I can’t complain…  Ibuprofen is still cheap and things are going pretty well so far.  The peers are a lot of fun, the job is busy and varied, and the time flies by.  Still, this deli gig is not something I want to do the rest of my life.  But it is money for the next couple of months…and it is also very tiring…  There is something that can help though…

Toward the end of the week will be another out of town camping trip…  I’m not sure where to go yet – likely some place close like the Hills campground.  I’ve been working on a terrific new chili soup – a composite of several good recipes customized to use salad bar veggies to make it more “van camping friendly”.  It uses a readily available chili powder that is very highly rated by Cook’s Illustrated.  If the chili turns out well, the mild version of the recipe will be posted.  (My own bowl will contribute to global warming)

Thanks for stopping by.  Have a great week and enjoy the autumn weather.

Bradford aka Van Trekker
“How would you like that sliced?”