By VanTrekker | April 14, 2013 - 12:20 AM |April 14, 2013 Uncategorized
0
SHARES
ShareTweet
Most of us remember the song that goes… “I’ve be working on the railroad… all the live long day!﻿”
That sort of sums up what I’ll be doing in the coming days!  I just got hired as a driver for shuttling rail crews from city to city in a Ford E-350 passenger van.   Yep, it is THEIR van and THEIR gas.  You can’t beat that with a stick… Especially when gas is $3.49 a gallon right now.
This gig has the potential for a good fit.  For obvious reasons, I’m familiar with driving a full sized van.  That’s all the work you do.  You are not on your feet… No tossing hamburgers, answering a phone, assembling a bunch of widgets, or waiting on a line of customers.  It won’t destroy the feet and ankles.  That is going to help a LOT.
What qualifications do you need?   The main requirement is availability.  The makes it tough for a lot of people.  Of course, you need a clean driving record – that thins out the herd.  You have to pass a Homeland Security check since you will be working near transportation.  A person must also take (and pass) a drug test.  For obvious reasons, if you smoke the green herb, they don’t want you driving…  “But man, like it would be so fun, dude…”  That cuts out even more people!
One of the drawbacks is that the job has strange hours.  A person is on call a lot.  You might be awakened at 4 AM or midnight or …. ?  I don’t know all the particulars yet other than a person can be on call a LOT.  For obvious reasons, just having that much availability is a huge problem for some people (such as single moms, some married folks, etc.)  For a single guy like me, it is doable.  If I get called in too often, I’ll just park the Trekker Van nearby (Walmart is a half mile away) and it will be an easy commute.
The new job starts tomorrow at midnight.  I have really high hopes for this to work out.  I will post some impressions and cool pictures.
============================================================
OTHER HAPPENINGS:
At the moment, I’m in northeast Iowa.  Dad’s cousin had passed away in December.  Due to the remote location of the cemetery, they actually had the graveside service today.  There was just no way I could come to “hill country” without… 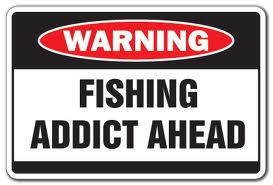 I came up early and did some fishing at a couple of streams that I’d not been to for several decades.  It was a LOT of fun.  Camping here was refreshing.  On a future post there will be a couple of pics of the area.  It’s gorgeous.  The fishing was slow but I got my limit (updated 4/13 PM!) on both days.  Looks like I will be eating fish for the next couple of days.  🙂 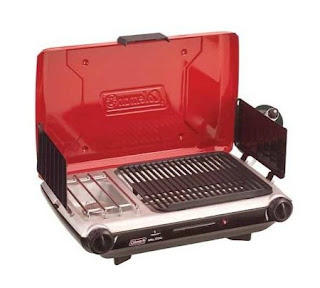 Later this week, there will be a product review.  A new propane grill just arrived (late… Thanks, Amazon!).  It’s a Coleman combination stove and grill.  The hope is that it will add some flexibility to cooking and save the money spent on charcoal.  What is the first dish to try?  Maybe some grilled shrimp and a few veggie kabobs…  Hopefully that info will go up by Wednesday or Thursday.
That’s about all for now.  Time to get back to the stream.
Thanks for stopping by!
Bradford, the “Van Trekker”