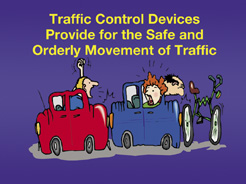 Traffic control devices provide for the safe and orderly movement of traffic… unless idiots are not paying attention!

On Wednesday night I visited Dad in the care facility.  As I left, the traffic light down the street turned red.  While sitting, I noted that a cop had stopped at the other direction, also waiting for the light to change.  A split second later, I heard a loud screech and at nearly the same time, a car rammed my Dad’s little Chevy Cobalt from behind at 30+ miles per hour.

The impact threw my broad shoulders over the sides of the small car seat and something in the back and / or neck popped.  The police responded instantly and I was taken to the hospital by ambulance on a backboard for an CT scan.  Thankfully, nothing is broken.

The last two days (Thursday and Friday) have been painful.  It wasn’t until visiting a chiropractor today that there was some relief.  I’ve been to different chiropractors but this guy was really good.  When he adjusted things, the neck cracked very loudly as did portions of the back.  He also did a tune-up on that funky rotator cuff and it’s doing the best it has in months!

Dad’s car is not in bad shape at all – just a damaged trunk lid and bumper.  The girl who hit me at nearly full speed might have been texting, according to the police.  Her Chevy Aveo suffered serious damage and it was bleeding anti-freeze (or green Vulcan blood?) all over the pavement.  (Good!)

The insurance adjuster assured me that Dad’s little car will be repaired.  The medical bills will be paid in full.  Now there is just the matter of a settlement for my discomfort and the associated problems.  The insurance guy quickly threw out a cash figure but I think it’s a bit too low.  We’ll see how it goes.  Of course, it wouldn’t hurt to have a little extra cash in the form of gas cards for the van trekking adventures!

Even with all the pain in my neck, on Thursday night I was called in and had to run a trip to the east end of Iowa, back to the other end (near Omaha) and then back to Cedar Rapids… It was a 600 mile expedition!  Tonight I’ve put in 200 miles and just got called in to do another 200 mile run.  There is never a dull moment as a crew shuttle driver.

I’m still liking the railroad crew shuttle job and it’s great to have decent money coming in.  The wrinkle is that I’m still in the probation period at work and not permitted to be involved in an accident.  Thankfully my boss went to bat for me and said she convinced my employer not to hold me responsible for getting rear ended.  There wasn’t a daggone thing that could have prevented it.  Unfortunately, my employer tends to assign blame to the employee first (even if it’s in his / her personal car) and ask questions later.  At least things are looking good.

If things settle down a bit, toward the beginning of the week the hope is to do a little camping and fishing, if time allows.  A little downtime would be a nice thing.  It’s been a heck of a week.

Gotta run for now and get the crew van back out on the road.  You’ll never find a happier professional van driver anywhere.  When people see my lunch pail and other trip accouterments, a few have said “It looks like you live in here.”  I’ve never said this to anyone but I sure would like to tell them “No, that would be the other van I drive!”

Take care.  Be careful out there.  There are a lot of stupid people texting on cell phones.  You don’t have to do a thing wrong to end up banged up.

Have a good weekend….