Wow, what a week it’s been.  Thankfully, for as quickly as things got crazy, it’s all turned around for the better.
As I was composing this post, the van was sitting on a hill above Dutton’s Cave in northeast Iowa.   Like the Hills Campground, this is a favorite, private place for a short term retreat.  I’ve still never seen other campers there and, for eight bucks a day (including power!), you cannot find a better deal.  A grumpy old caveman like me can walk around in boxers and not offend anyone!
We had a bizarre, record setting day in Iowa on Tuesday.  Just a week ago, a foot of snow fell on north central and northwest Iowa.  On Tuesday the temperature hit 94 degrees, setting records.  If you don’t like the weather in this state, just wait an hour.  There’s something for everyone…  For those who like Star Trek, you will understand the reference that Iowa weather is like the “Genesis Planet.”
It was a great time to get away… and some good happened along the way.
First of all, I got the car accident settled.  A week ago a young girl crashed had into the car I was driving.  The first few days (the second and third) were hell but the kinks in my neck and back are now worked out.  I found a good chiropractor and it’s helped a lot.

I got a call yesterday from the insurance company while cleaning trout.  The Progressive adjuster asked me what I thought was fair for my discomfort and such and I told him my amount.  We were a bit apart.  He met me halfway and I said “I’ve got fish to clean and that works for me.  Let’s call ‘er good.”  The extra little bit I held out for means a nice new mattress for the van and I can put the crappy, beat-to-heck mattress in Dad’s house.  Hmmm… Pillowtop mattress?  Now I’ll never want to sleep in the house.

It’s been nice having some time off though.  Work has been hectic.  I have yet to see a 40 hour work week and have hit the sixty mark a couple of times since starting.  I still really like the railroad crew driving job and look forward to putting in some hours late tonight.  It is ironic that now I have to strike a balance between work and play where last year it was the other way around.  For the last year I’ve been camping too much and working too little.  Now it’s the other way.  I plan to fix that, even if it means more frequent, shorter haul camping trips.
As always, catching trout was a priority this time.  The fishing on Tuesday was fun and it was a good diversion.  The photo above (Joy Springs, about 70 miles north-northeast of Cedar Rapids), is an old favorite stomping grounds for more than 30 years.  Five fish ended up on the stringer in a couple hours.
Before camping near West Union on Tuesday night, I drove into The Barrel Drive-In.. Literally.  Convinced that the solar panel would clear everything (and it did), I bumped the boomerang TV antenna (which was lying down). against the roof!  No damage was done.  At the drive-in, I tried a raspberry “Dole whip” and loved it.  Apparently this treat is more common than I knew.  Dole Whip is a popular “Disney food” that you will find in Anaheim.  A Dole Whip is a sort of fruit juice, non dairy, soft serve sorbet dessert.  It’s lower in fat and calories than regular ice cream… Talk about delicious on a day when the temp was over 90 degrees!
Last night’s camping was rejuvenating.  There were no calls from work, contractors, insurance adjusters, the nursing home staff (where Dad is staying), etc.  It was just me and a light thunderstorm.
Last night’s camping dinner was just a simple grilled hot dog, some grilled aspargus, beans, and applesauce…. and a Corona.  It tasted like a million dollar plate of grub.  Why?  Because it didn’t come out of a McDonalds bag!  Cooking makes you slow down and that’s a good thing. With the work schedule, it has mean having to eat on the go a lot.  The only question was how I’ve managed to go this many years without grilling asparagus?  I love how you can snap it into pieces and throw it into an omelet.
The Coleman camping stove / grill performed admirably last night despite 30+ mile per hour winds.  It was a great addition.  (Thanks to Sis who we’ll call by her nickname “Daisy”)  If you are thinking about buying one, Charlene has them on her website (Swankie Wheels) through her Amazon store.  The link to the stove is at:  http://astore.amazon.com/kayakin-20/detail/B000BPEE4M  Check out her blog some time (http://swankiewheels.blogspot.com) .  She’s a neat person!
This morning I got up early and cooked up a tasty omelet of egg beaters and peppers, onions, etc. and, of course some sauteed asparagus.  Great stuff… 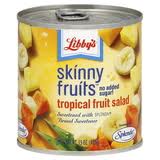 One interesting new addition was some “skinny fruit”.  So many canned fruits have sugar water added.  This one used Splenda and was pretty tasty.  I plan to buy a few to take with on camping outings.  Throw one in the Koolatron for a few hours and there’s nothing like a cold, healthy fruit salad.

This morning’s fishing happened at Otter Creek, south and east of West Union.  There is the most beautiful park called Echo Valley.  Otter and Glover creeks flow through the area and they are stocked with trout.  I had my limit of five by 9:00.  It looks like grilled trout and asparagus for dinner tonight.
I actually cleaned today’s fish in the lovely, safer place in the pic above.  For trout fishing, you are often better to go to the hard to get to places such as in the picture below.  Crawling up and down banks limits how many people can access the fish.  That works for me!  I fell on my ass getting down the hill to this bridge.  It turned out to be the perfect spot!
It’s been a fun trip but time is passing quickly.  In about eight hours it might be time to get back to work.  This trip has been a good learning experience.  My sister and I have spoken may times of boundaries but I’ve been one of those people who cannot easily say no.  It’s been a great chance to get away from it all for a short little mental health break.  We all need one of those now and then.
Thanks for riding along.  Iowa is a beautiful, fun place to visit.  If you get out this way, give a shout. I’d enjoy meeting other outdoors type people in the area or passing through.
So what is the next destination?  If I can get a few days off, it would be fun to visit Burlington, in the southern portion of the state.  There is a place nearby (in Mediapolis) that won the Best Burger in Iowa award recently…  sounds like a fun place to go.
Take care!  Enjoy time for yourself today.
Bradford the “Van Trekker”
|