The New Job is a Gas!

Greetings!  Monday was a crazy day but that’s kind of typical any more.  But the irony and karma were too funny not to pass along.

At about 10:30 Monday morning, I was visiting the grocery store close to Dad’s and witnessed a hit and run accident.  A car struck a newer pickup truck in the parking lot at low speed.  The driver of the car, a young Latino, checked to see if anyone was hurt and when told the police would be called, he fled.  I memorized his license place and gave it to the victim and police…   It’s still in my head…  Iowa 206-Y**.

Of the many witnesses, nobody else caught the tag number because the young man was moving fast.  Having six years of experience as a supervisor in a gas station, I was accustomed to memorizing license plates and nailing gas thieves.  That skill sure came in handy.  It made the victim’s day.  As far as the jerk who took off, he’ll get his! 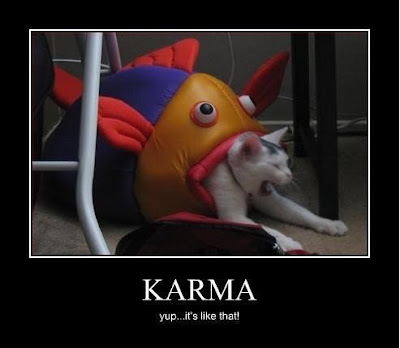 What is ironic is that I started a new gas station job just a few hours later!   There likely won’t be any chasing cars or having to memorize license plates.   We’re 100% pre-pay – something that makes it a lot easier on the cashier.

The station is quite compact and located near Dad’s.  The work culture is much like a family.  Totally unheard of now days, there is a CHAIR I can sit on during slow periods.  Thank you God!  So few employers will let you sit a little as needed.  Talk about a blessing!

I like the way the way the store runs and the work is doable.  It’s significantly slower than that last gas station job.  The company’s expectations are reasonable in terms of the amount of cleaning and such you need to accomplish during the night.  This looks like it will be a good fit and the money is really going to come in handy!

Things are moving along at full speed with the Internet efforts.  I recently bought a domain name and am in the process of moving the blog to a new location.  There will be more details about that in the coming days.  Work is continuing on the e-book and I’m coming up with more and more new ideas for it.

It’s time to run for now.  Take care and thanks for visiting!

It’s good to see money coming in again!  Just when I was starting to wonder how long it would take to find some work, two jobs came through!

8 Responses to The New Job is a Gas!